Down by the pond at sunset 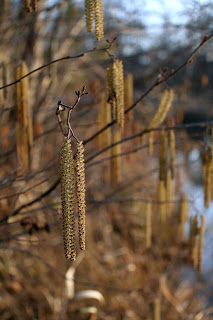 As yesterday progressed I felt increasingly weary and out of sorts.  It's not that I was irritable.  Rather I had the feeling that something was not quite right.  That something turned into a migraine that brought me to a full stop.

Today after sleeping until I woke naturally (thanks to Tal who closed the bedroom door when he got up to tend the dogs, make the coffee and greet Bruce) I have felt better though not back to normal.  I focused on quiet tasks that didn't require lots of physical
activity but that gave me a
sense of accomplishment. 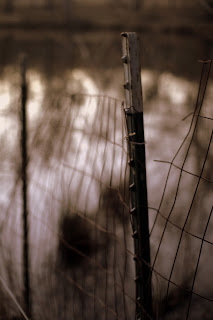 I am going to be gone Monday and Tuesday for a board meeting at York Place, so there were things that had to be done.

During the very late afternoon I took the camera and walked the promenade, poked around the yard and sat by the pond.  I must have been outside for between an hour and an hour and a half.  It was a refreshing and soothing time.  The day could not have ended any more nicely.

The two photographs included in this post were taken during that late afternoon stroll.  The catkins glowed in the direct late afternoon sun.  Since I'm using the prime lens, I had to push my way through the thick bushes along the pond in order to get close enough and to compose the shot with the catkins well-spaced and filling the frame.  When I emerged back onto the promenade my clothes and I were streaked with pollen.  Ah, might that be the culprit behind the still-lingering headache?  If so, it's going to be a very long spring.

The second image was taken in the deep dusk, just before I called it a day.  It's of the deer fence nearest the house where it goes into the water.  Given the low light the depth of field is shallow giving the photograph a soft and mysterious look with the wire fading to out of focus.  But, without that fast prime lens I would have had to give up the shot completely or to go back to the house to fetch the tripod (perish that thought).