Looking back a bit

Our three weeks post Alaska have been full. I don't want to be so focused on the present and the routine we're striving to establish that I fail to acknowledge the memorable.

Like a wedding on the 4th of July. I was the officiant for the very pretty lakeside service. How lucky I was that the official photographer's flash fired just as I made my available light shot, illuminating the bride's face rather nicely. Tal and I enjoyed an amazing hotel room for that weekend and long visits with family, the groom being Tal's great-nephew. 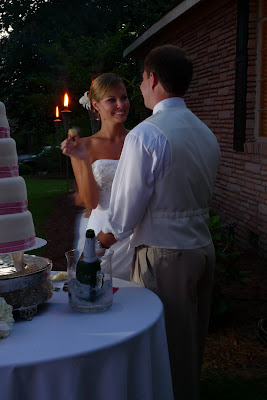 And, my parents have moved. Here's a photo of them during June visiting the new house while the pre-move renovation was going on.

And, below is that same room a mere two weeks after the move. Pretty spiffy, huh? 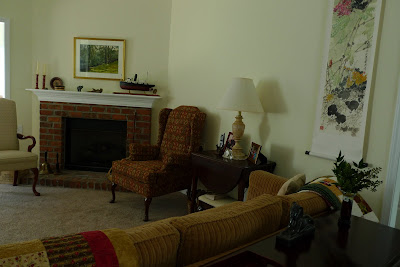 Late in the day of the move -- almost three weeks ago now -- Mom presented my sister, brother and me a dilemna. The remains of a large bottle wine out of the old refrigerator wouldn't fit in the door of the new refrigerator. So, we did the most logical thing we could think of. Cheers. 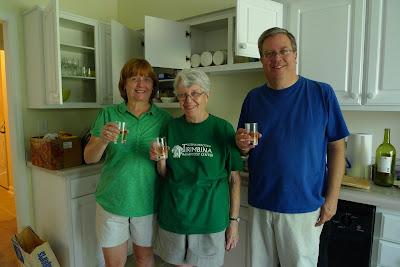